CASA GIRASSOL: A VISION AND GOD’S ACTION IN BRAZIL 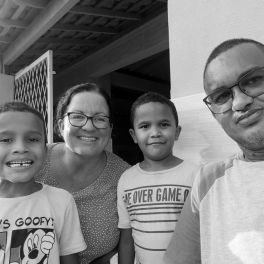 Campo Maior is located in the state of Piauí in the north-east of Brazil and has about 45'893 inhabitants. There is a beautiful lake, a supermarket, two small car dealerships – and you can buy air condition units and refrigerators. But there is no children's home, not nearby nor far away, where abused and neglected children can be temporarily accommodated. We only became aware of this fact after having taken in Francisco and Samuel.

There is no institution within a radius of 80 kilometers that cares for neglected children.

My husband Roquilane and I wished to have children. The wish was not granted, so we tried to adopt a child – we were unsuccessful! At some point we decided to put the question of children aside and to ask God specifically for a new calling in our work in Brazil. God gave us almost the same words: «Helping underprivileged children». At that time, we did not know that the children's question would come up again though.

It was on a Mother's Day. The sermon was about childless women. In the middle of the service, it was as if God whispered to me «This is the last Mother's Day you won't be a mother yourself.» Shortly thereafter, we heard about two boys who needed a home. Their parents were alcoholics, violent, and neglecting the children. The family's welfare worker asked us if we would take the children into care, stating that adoption at a later stage was an option. We simply couldn't say no. Because whenever God puts something «before our feet», we respond and tackle it. Five days later, Francisco (3) and Samuel (2) moved in with us.

WE NEED A CHILDREN’S HOME

In the first few months, the boys kept us very busy and the search for a new project took a back seat. We continued to organize musical camps for children and young people - we had been doing this for several years. But we wanted more. Camps only take place during the holidays. We wanted to work with children all year round. We wanted to shape them a little bit and help them to be able to face the challenges of life courageously; we wanted them to know that there is a God whom they can always and wholeheartedly trust. But how? When a friend asked us if we could help her establish a children's home, Roquilane and I knew: this is our project!

So now we had a project, but no plan. How should we establish a children's home? During my first search on the internet, I came across ABBA, the Associação Brasileira Beneficiente Aslan. It is domiciled in São Paulo. It works in this huge city and takes care of children, teenagers and young people in precarious and risky situations and circumstances. Among other things, it runs the Casa Elohim children's home, which corresponds exactly to our ideas.

When we first contacted ABBA, it turned out that they had been praying for some time that God would show them a place in the north-east of Brazil where they could open a children's home. We could hardly believe it. Even today, tears come to my eyes when I think about it. 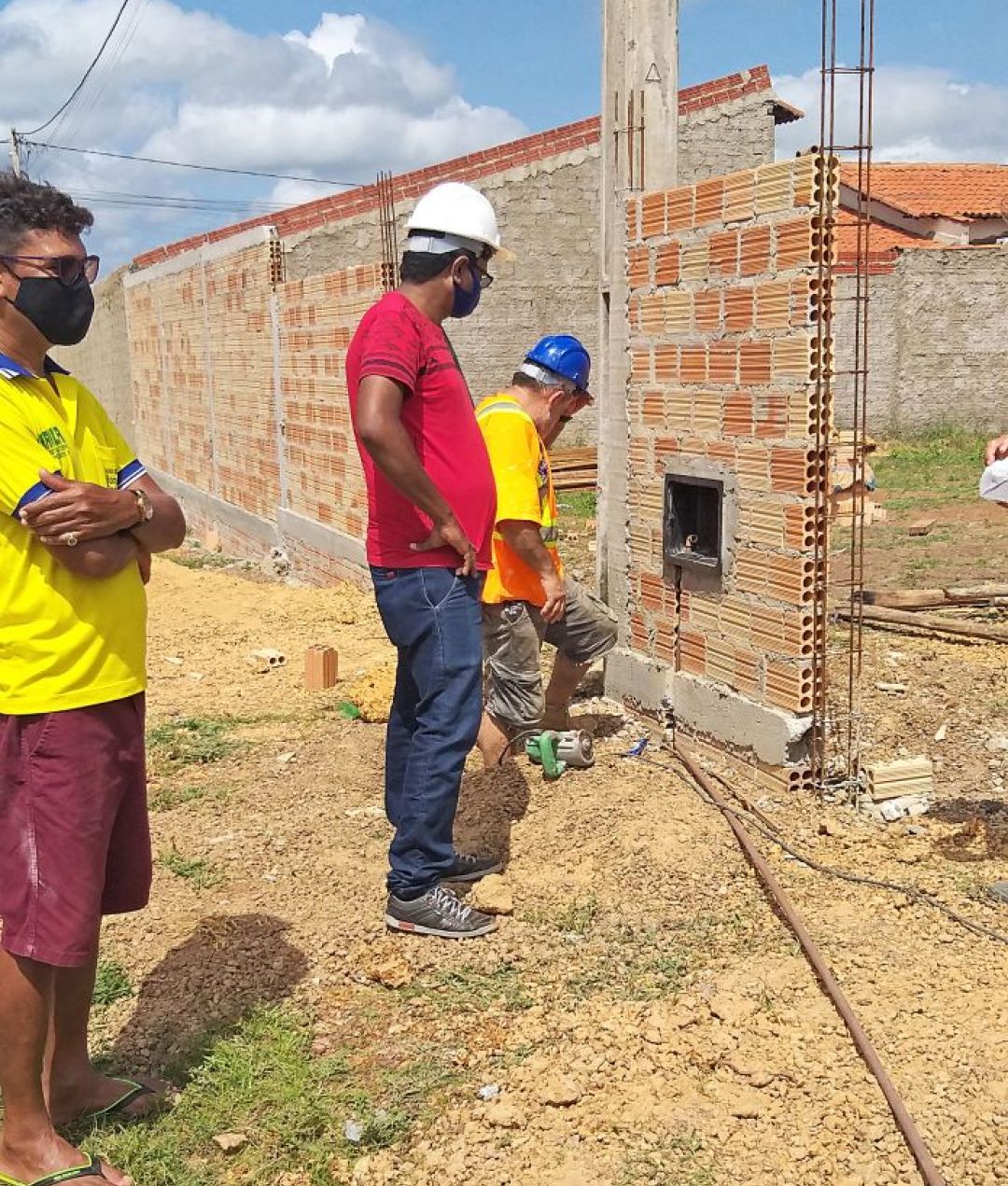 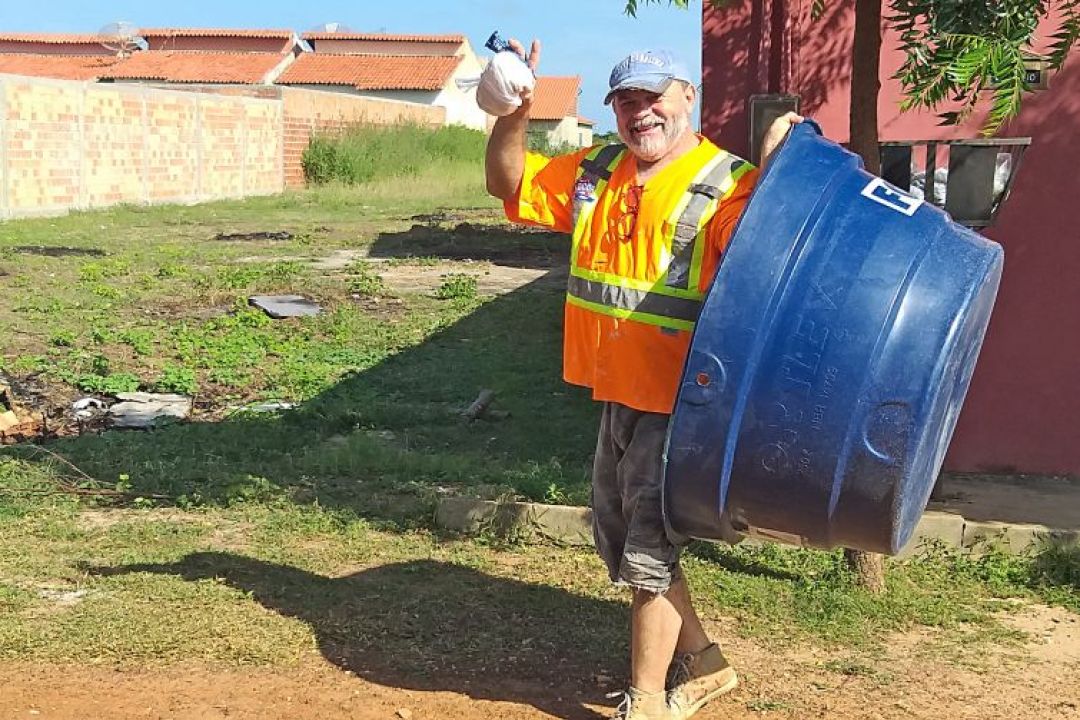 WHO HELPS AT CASA GIRASSOL?

ABBA oversees projects in the areas of intervention, prevention, protection and education. Protection includes homes where children can live and develop in a protected environment. Psychologists and social workers take care of the families. They clarify and decide whether a child can return home or whether a foster family must be sought. Our future Casa Girassol is part of this work and will offer accommodation for 20 children. We want to start with 10 children. What we need are missionaries/staff members who would like to work as teachers/educators. We are already looking forward to a team with whom we can pray and share joys and sorrows. Some of the new positions are also to provide a job opportunity for local Christians.

EVERY STEP MEANS BELIEVING AND TO TRUST

During a three-month visit to Switzerland, we started to collect the finances for the construction of the children's home. In that time, the entire budgeted building sum came together! We could hardly believe it. A year ago, the search for a plot of land began. Finally, ABBA bought a piece of land next to my sister-in-law's house. Currently, the construction work is in full swing. We are happy about every progress and are confident that we will also get the funds for the monthly occurring expenses. Another challenge is the official registration of the home. We are requested to submit about 100 documents and to provide a detailed report.

The «road» to Casa Girassol is rocky, however our confidence is greater. We have already overcome so many hurdles with God's help. HE will also help us with the remaining ones. The new Casa Girassol children's home is going to provide shelter for up to 20 children.
Gabriela and Roquilane Carvalho with Francisco and Samuel, Brazil

Thank you very much for your donation.
Go back